Because I normally get private messages asking for details about places I've been to, I have decided to give humanity a service and update my travel blog. Stay tuned :) 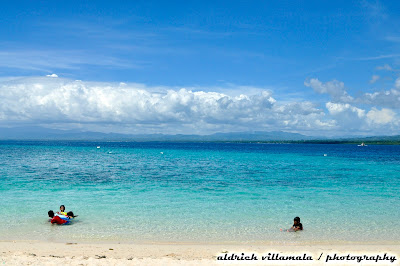 Unearthing the Sweetness of Guimaras (Part 2 of 2)

I asked a friend of mine who has been to Guimaras to rate their beach, with 10 as the highest. She said 7. I was a little disappointed and for a second thought of cancelling the trip, but then she added "But the island hopping is 10!".  And that sealed the deal.

So after breakfast on day 2, we arranged for the island hopping tour. The rates are standard. You pay PhP450 for the first hour, and only PhP150 for the succeeding hours. I think the price wasn't bad because I've tried renting a boat for a short trip somewhere else and paid almost twice as that.

And the boatmen know also where to take you. First, they took us to a fish sanctuary that's being run by the government. Here we saw giant lapu-lapu fishes weighing about 110kilos.


And then they took us to see the Paras Beach Resort... 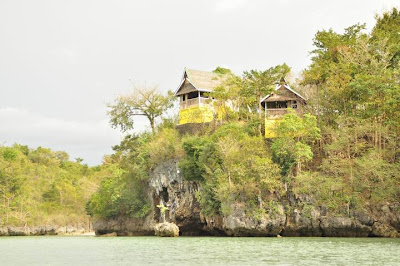 And then around to see some of the unspoilt beaches of the island...

Upon seeing this island, I  asked the boatmen if we could stop by so I can have my signature pose taken...

After Tres Marias, we headed to the Turtle Island, and guess what we saw? Turtle!!!


After Turtle Island, we proceeded to explore what more the place has to offer...

After spending a few minutes with the bats in the cave, we proceeded to a private resort that's not open to the public (obviously, because it's private ...LOL). Fortunately, the boatman knows the caretaker so we were let in. It was the best part of the trip. Because here was where I found the nicest place to have my photo op and have my ultimate summer pic taken. :)


The moment I got back to our resort, I texted my friend and told her "You're right! Guimaras island hopping is indeed 10!
Posted by MiEr at 12:28 AM No comments:

Unearthing the Sweetness of Guimaras (Part 1 of 2)

Not too many people know Guimaras. It's an island nestled between Bacolod and Iloilo and has once gained popularity due to the issue of oil spill when a boat sank within the vicinity. But what many people do not know is that Guimaras is known to be the "Mango Capital of the World."  They are home to the sweetest mangoes I've ever tasted, and their festival is named after it's harvest that happens every April called "Manggahan Festival".

It only takes 15 minutes and PhP13 from Iloilo Pier to get to Jordan Wharf, the entry point to the island. They have a tourism desk right at the pier that regulates all transportation for the tour and going to your hotel. They will also give you a map indicating what are the tourist spots in the island.

From the pier, we hired a multi-cab to tour us around the island and take us to our resort at PhP1,000. The first stop was the Pasalubong Center.

And then we went to The Trappist Monastery 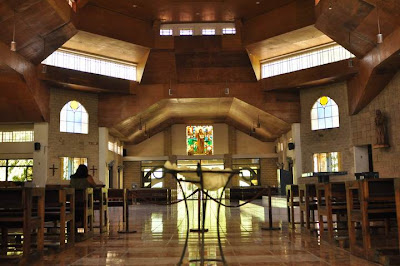 After which we went to Guisi Lighthouse...

We decided to skip the other spots as we were too tired already. We went to Raymen's Beach Resort without any reservation. To our dismay, the only available room they have is on the 3rd floor, access of which is a spiral staircase. This won't work for us. They have another one, a beach front room, for PhP2,200. We were supposed to take it, but we didn't like the feel of the resort. It looks so crowded with it's hotel-like building, not to mention their staff was rude and impolite.

We decided to check out the resort beside it, Alobijod Cove. We were greeted by a nice attendant, who called the manager. The manager gave us the option to get the fan room, good for 6 for only PhP 1,500. The other one is a very nice newly built room, and very large with a/c and ref for Php 2,500. There were just 3 of us so it's a bit costly, especially that we are planning to stay for 2 nights. In the end, we decided to stay in Alobijod Cove because their customer service is superb, one I wouldn't mind paying extra. It turned out to be a good decision because the food was excellent and cheap, their service was above average and their staff are polite and always wear smiles.

Email ThisBlogThis!Share to TwitterShare to FacebookShare to Pinterest
Labels: Guimaras

The fastest way to get to Siquijor if you're coming from Cebu is via the Dumaguete route. Naturally, this was the path we've chosen. And because my cousin joined us at the last minute and didn't get the chance to purchase airfare tickets at a cheap price, he decided to take the bus from Cebu to Dumaguete leaving us with a few hours of idle time while waiting for him.

We waited by the Boulevard where I encouraged my husband to go around and take some pictures. Here are some snaps. 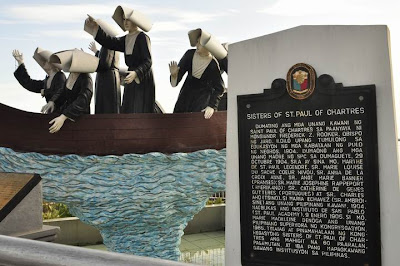 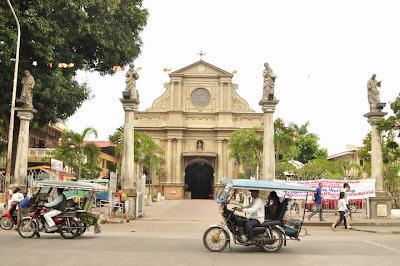 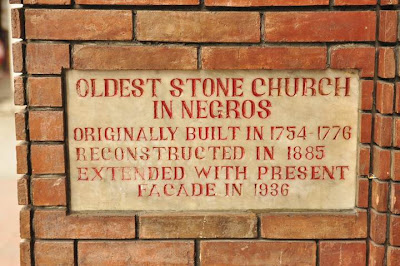 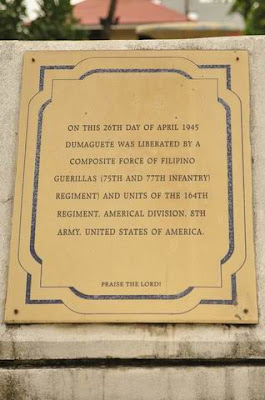 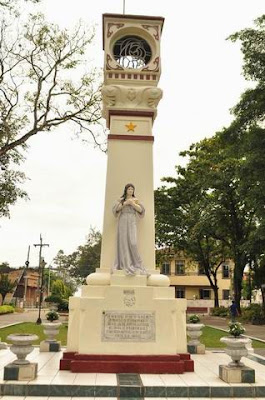 MiEr
a corporate slave. a wife. a mother of two. an internet junkie. a beach bum. researcher at heart. traveler. child of the universe.